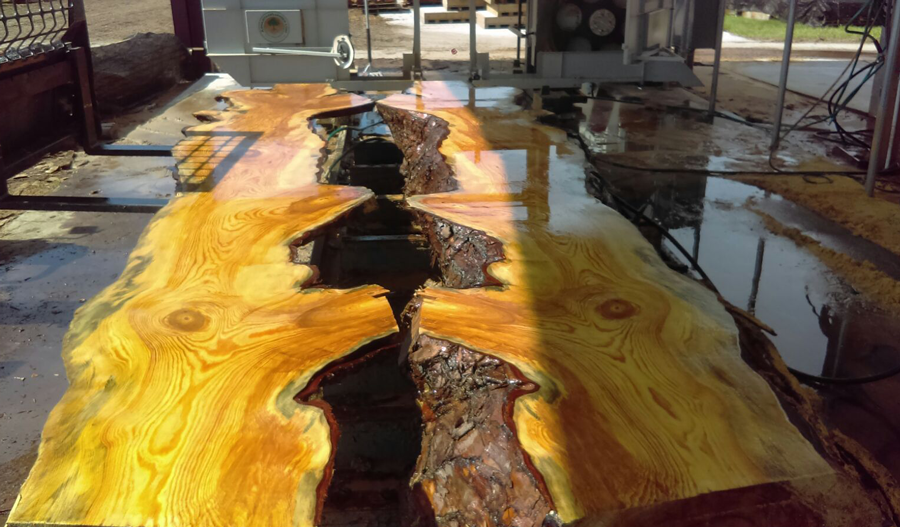 Growing Region: coastal plain from eastern Texas to southeast Virginia, extending into northern and central Florida. Longleaf pine takes 100 to 150 years to become full size and may live to be several hundred years old. This tree is extremely common in the United States and is usually used in applications that are not used very often for aesthetics but instead used for structural components. Longleaf pine, in the States, is commonly referred to as Southern Yellow Pine because of the yellow sapwood and growing in the southern part of the country. Clearly defined from the sapwood and a beautiful reddish-brown, the heartwood can be used for all kinds of projects because of its moderate resistance to decay and the fact it is easy to work with. In some cases the heartwood becomes incredibly dense and highly figured providing a look that is not matched by many other woods. When seen as a slab it becomes evident that longleaf pine has a place in the future for any craftsman who desires beauty while being eco-conscious.
More Product Information
Get A QuoteThe Janka Scale Wood DefinitionsDeck Tiles Decking